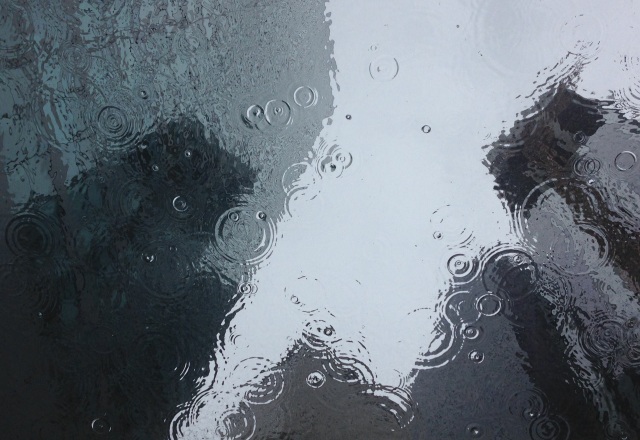 In Digital Transformation Reflections: Part I, we reflected on the major Game Changers of the digital age: Apple, Amazon, Google, and Facebook. These companies, in turn, have ushered in the dawn of Big Data and Transparency. We’re delighted with the degree of connectivity and convenience that location-based services bring to our lives, but it’s a minefield for us to navigate the privacy issues that have accompanied the increased prevalence of these services.

When Mary Meeker released her influential annual report in June, I was most struck by the ways in which online platforms have reached disruptive prominence. Not only do we use them as consumers, but they are providing supplemental income to millions of people across the world. Tom Goodwin, SVP of Strategy and Innovation at Havas Media, sums it up quite nicely:

Goodwin seems to be speaking from a personal standpoint, but the influence of the sharing economy extends far beyond the individual consumer. We’ve experienced these Game Changers in very personal and tangible ways, yes. But they have also demonstrated their ability to shape our societies and cultures at a grand scale.

Now, we must consider how these innovative companies have changed our business and corporate structures, and therefore the companies that employ us, too. The new business model requires agile thinking and execution, dedication to a vision in the longer term (think Steve Jobs, Jeff Bezos, Mark Zuckerberg, Larry Page and Sergey Brin), different employee incentives, and a more collaborative management structure.

Larry Page from Google put this game changing mentality into sharp focus: “A management team distracted by a series of short term targets is as pointless as a dieter stepping on a scale every half hour.”

In my experience, especially with public (listed) companies, this is so true. These companies focus their efforts on building teams with compensation structures to hit those short-term targets — not incentives based on innovation or invention. The obsession lies with quarterly or annual earnings reports, rather than on building the business for a sustainable future.

The Death of Innovation?

When I was at MTV (owned by Viacom), as SVP of the Interactive (Digital) Division for Europe, we had all the resources we needed for innovation, as long as there was a ‘pre-IPO’ offering in the works. We were not a struggling start up, and money was no object. Wall Street was in love with tech business in 2000 — and MTV was ranked as the top global brand in the world. Its power and reach were unprecedented. And at the time, Wall Street provided cheap money for innovation — as long as you were popular, of course.

But then Wall Street fell out of love with tech in March 2001, which internally meant MTV didn’t support innovation for its own sake anymore. Now, the top corporate management cared only about maximizing EBITDA (Earnings Before Interest, Taxes, Depreciation and Amortization) by reporting period. We had a culture clash internally because digital innovation teams work in different ways from the traditional television business, and we often had to fight for the basic tools to do our jobs.

Soon thereafter, MTV disbanded the digital teams; it didn’t see the point, even though we tried to explain that this was the future. The genie was out of the bottle, and we weren’t going back. We had everything in place to be ‘THE’ digital music platform, with a well-known brand that people already associated with music.

Instead, it was a small market share computer company called Apple that created the iTunes interface and store. At MTV, we had everything in place to launch a social media platform around music and musicians; instead, MySpace became the first, before Facebook transcended the market. And now? According to the Forbes most valuable brand list for 2015, MTV is ranked #99. Google, Facebook, and Amazon are all in the top 15. Apple is #1. And today, Viacom is struggling in the stock market as its value continues to plummet.

Consumers have driven the growth of the internet and other digital platforms, which has caused companies to change internally in order — with varying degrees of success — to support this revolution. Now we are in the next phase, where companies themselves need to be different at their core to produce these products and services. There’s a lot that goes into Digital Transformation within an organization, and I’ll be exploring these themes over the next few weeks.