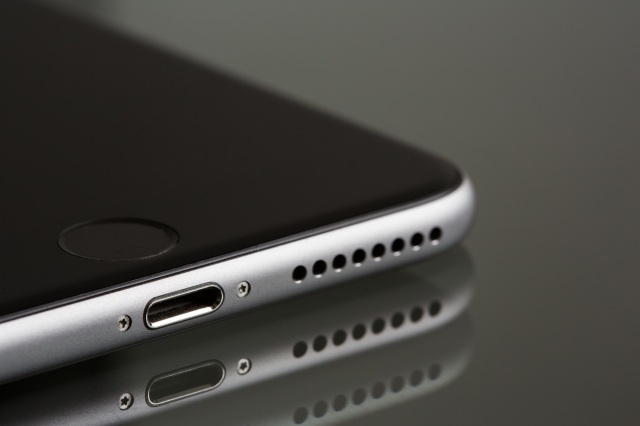 While reviewing films for the Baftas last year, I had the pleasure of enjoying Michael Fassbender’s very powerful and utterly compelling performance as the namesake character in “Steve Jobs.” As I watched, I became acutely aware of Steve Jobs’ presence in our lives; particularly his influence through Apple’s now ubiquitous products.

You might be reading this article on a Macbook, an iPhone or an iPad. And even if you’re using a PC or Android device, its design has invariably been influenced by Apple’s groundbreaking work. Just think of the brand’s global influence on a massive scale — smartphones, tablets, digital music, apps, retail design, engineering design, marketing, the list goes on. Steve Jobs’ leadership made Apple one of the true Game Changers of the digital age.

So what companies can be considered alongside Apple as Game Changers of the last twenty years? Let’s take a look at how Amazon, Google, and Facebook have joined Apple at the forefront of digital transformation.

The Rise of Ecommerce

For me, the first of this new wave of digital Game Changers was Amazon. Amazon burst onto the internet scene 21 years ago in 1995, and although no one believed at the time that “ecommerce” would ever be truly important (What?! Using a credit card through the ‘internet’ and trusting that the product would come weeks later? Why wouldn’t I just drive to the store and get it immediately?), Amazon slowly built its credibility by over-delivering on every level.

Jeff Bezos started with books because of the shear number of titles that existed: “Bezos realized that while even the largest superstores could stock only a few hundred thousand books, a mere fraction of what is available, a ‘virtual’ bookstore could offer millions of titles.” They placed customer needs first from the outset, and ensured that orders were delivered in a timely fashion (and replaced with no questions asked if a customer didn’t get them).

And let’s not forget: Amazon was the pioneer of online reviews for e-commerce products. This feature was groundbreaking, and controversial — retailers did not like this feature, and even tried to block it. Today, we expect to be able to read independent reviews before we buy anything. Unusually for large companies at the time, Amazon didn’t focus on profit, but on building a business for the future.

Amazon grew from their modest bookselling beginnings in a Seattle garage to creating a trusted brand that was synonymous with online retail all over the world. A pure internet retailer was forcing bookstores and big box retailers alike to innovate and adapt to a changing game. Consumers turn to Amazon to find any product they could possible want or need — many of which are now delivered within 2 hours of ordering.

More amazingly, though, is that even if you’ve never shopped on Amazon, you’ve undoubtedly visited a website that their cloud services (Amazon Web Services) support. After it diversified its retail offerings to include nearly every product imaginable, Amazon started selling the infrastructure it used for its own site to other websites. Now, NASA, the CIA, Pinterest, and Netflix all use AWS to run their sites.

Practically any website you’ve ever visited now uses Google’s ad serving software. Google changed the way we use the unorganized internet by implementing complex new algorithms to index websites across the ‘world wide web’. Previously, a phonebook-model type interface funded by advertisers allowed very limited access. Google’s method created a more efficient way to search and even gave us a new verb to describe the process. Now, the company is branching into driverless cars, biomedical sensors, and virtual reality.

Now, let’s set the stage for Facebook’s epic rise. With the dawn of the new millennium (and the dreaded Y2K bug), came the dotcom boom. Money was flying into startups. The internet age had arrived. It was still unwieldy, with big companies struggling to keep up with consumer demand, but now less of them were dismissing the internet as simply a fad.

Even as the economic bubble led to the inevitable crash of 2001, the Digital Age steamed ahead. Lots of companies went under, and the massive cash flow going into tech-based companies dried up — but the Game Changers thrived. Amazon and Google only became more influential. Steve Jobs had returned to Apple and begun to create the next phase of digital transformation.

Enter social media. Before their acquisition of Oculus Rift, Facebook singlehandedly revolutionized social media. Beginning in a dorm room as a way for Harvard grads to connect, it rapidly grew into a mainstream, membership-based, easy-to-use template for creating an online profile. As of December of last year, an average of 1 billion people used Facebook daily, with 1.5 billion monthly users. 1 in 7 people on the planet have an account.

It was the synergy between Apple, launching the iPhone in 2007, and the Facebook mobile app that created the social media world we have today. Together, the iPhone and the Facebook app gave you the ability to connect in real-time from wherever you were.

To me, these four companies have touched nearly every aspect of our lives and changed them demonstrably (for the better).