Groupon CEO Andrew Mason: ‘It’s not like we’re the best thing ever…’ 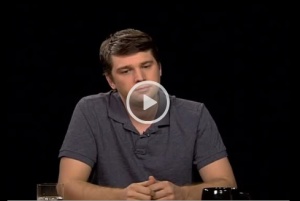 Groupon CEO Andrew Mason was on Charlie Rose last week and although he wouldn’t talk about the Google bid, did give his thoughts on their meteoric success to date and why the focus remains on small and local business.

Mason said that Groupon now has 40 million subscribers in 35 countries and added 3 million just last week alone.  This compares to a rate of about 100,000 additions per week earlier in 2010.  What is even more staggering, is that these subscribers see localized deals by city.  As you would expect, he attributes this hyper growth to social media.

Groupon works because it is clear and simple.  What was refreshing to me was this piece of the interview:

But the reason that we’ve stuck with this one deal a day model is the focus.  It puts the merchant in the spotlight and makes it feel really special, and it makes a really simple yes-no decision for consumers.  I mean, I think it’s one of the things that differentiates us from the coupon and deal sites that came before where there was just this list of deals, and it’s overwhelming and everything feels cheap.  But we can really make these really special businesses feel special by making them the exclusive subject of our site for a day.

Groupon has replaced the loss of  local newspapers, a casualty of the digital era, for discovering new things in your city.  And with social media, it’s easy to organize activities with your friends.  He talked a lot about solving the problems of local business and giving consumers the thrill of discovering a gem.  He uses professional copywriters to write quirky and fun descriptions of  the deals, he wants people to look forward to seeing their inbox in the morning.

It’s still early days for Groupon, and hundreds of clones have appeared.  But local businesses needed a boost and consumers are expecting these clever ways to shop possibly more than at any other time in history.